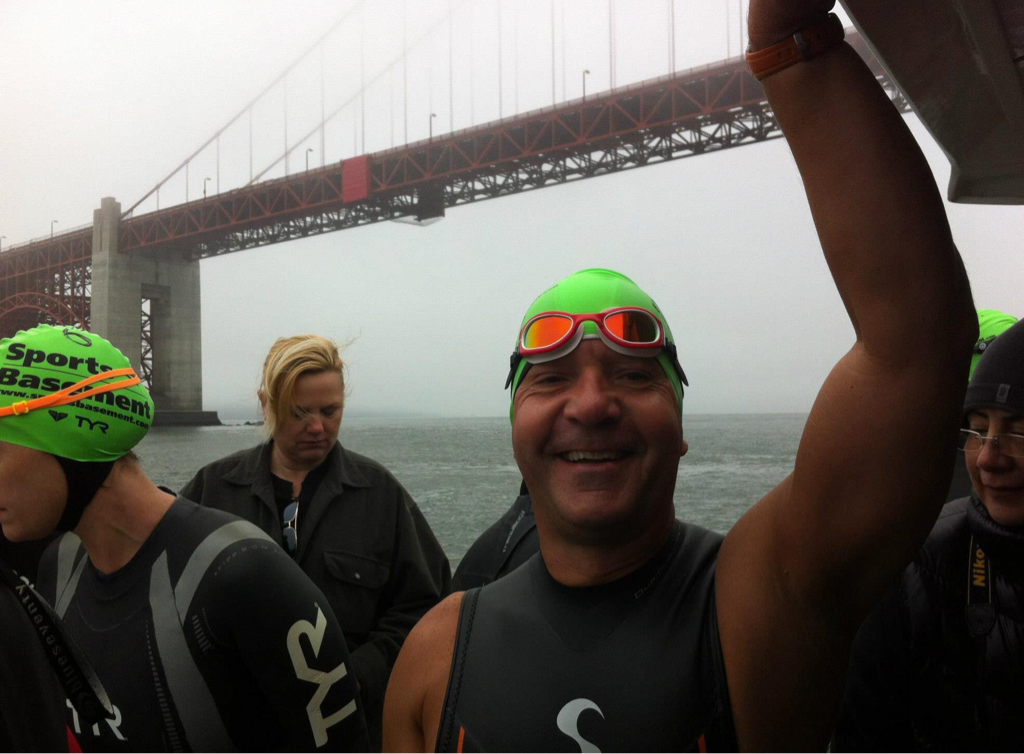 USMS Level III Coach and Total Immersion Certified Professional. Co-founder of Mind Body and Swim , and Head Coach of SoCal Tri Masters, Los Angeles, CA. Senior Software Engineer by day and swim coach mornings, eves and almost every weekend. Before finding his love for swimming, Stuart grew up playing ice hockey in SoCal and racing motorcycles in the deserts of CA and NV. Swim parent for 10 years, he didn't discover swimming until his daughter entered into triathlon in 2003 swim leg of relay team - and they've both been hooked ever since.
Swimming was always a struggle, incredibly exhausting, says Stuart - but sure loved the start of the swim leg in triathlon, much like the start of a desert race. After many swim lessons with little progress, it was finding the book "Easy Freestyle" by Terry Laughlin in 2006 that completely changed his perception of swimming - no longer thinking of swimming as absolute power and strength, but as a high skill acquired through mindful practice. "Swimming became fun AND fast - no longer exhausting, and I just got better and better."

Stuart turned TI Coach in 2010, directs workshops all over CA and in Las Vegas, and you will find him every night on deck (and often in the water with his squad) at So Cal Tri Masters. Although there's still a love for triathlon, he enjoys long swims in San Francisco Bay, 10k distances and above - and most recently swam on a relay team called the TI 6 (six Total Immersion Coaches) crossing the English Channel August 15, 2014.